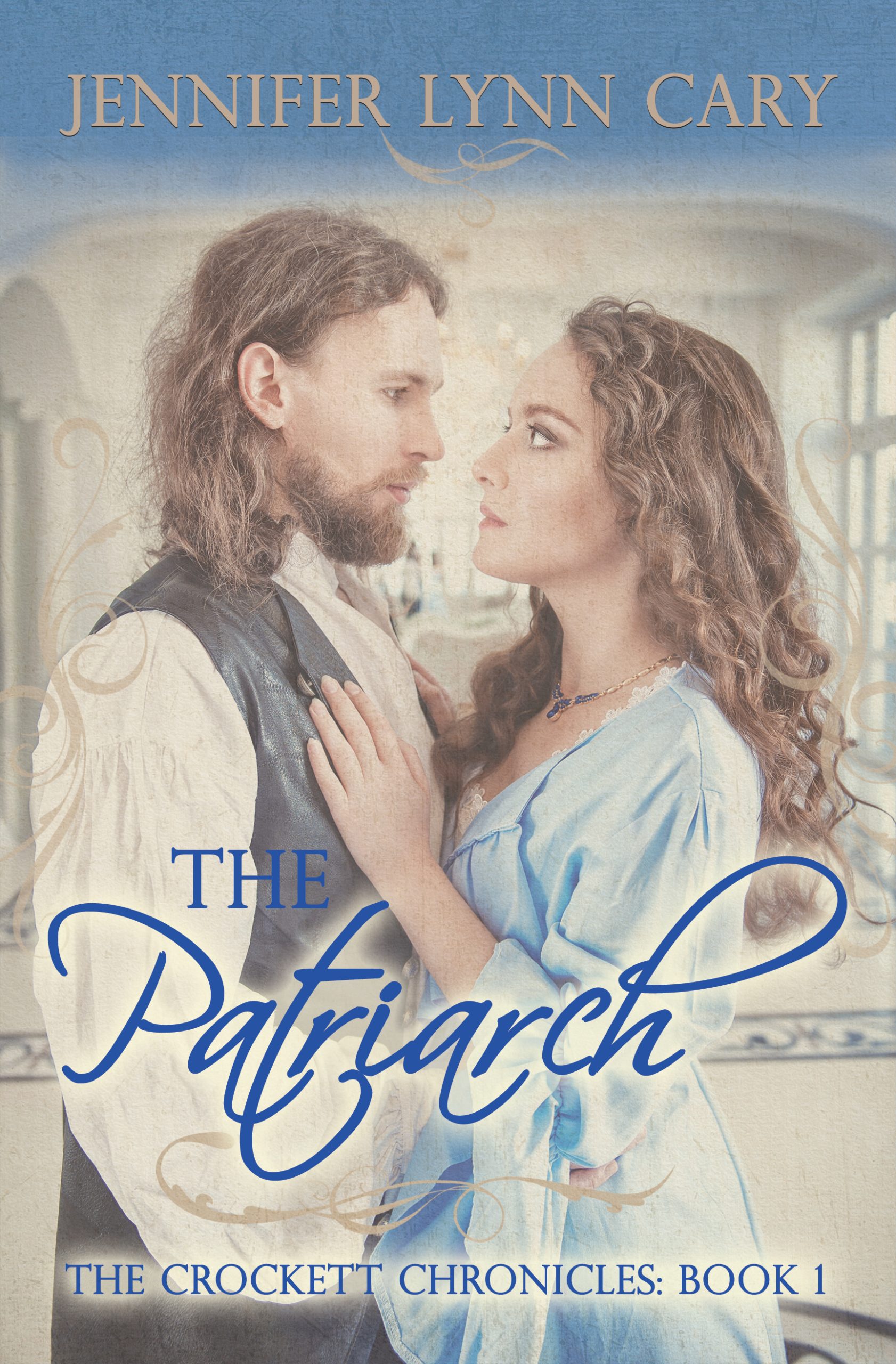 The Patriarch: The Crockett Chronicles: Book 1

What he thought was an assignment... Started an American dynasty. See how it all began.

Antoine, the dashing palace guard at King Louis XIV’s Versailles, has his world upturned when the king’s beautiful and mysterious cousin arrives.

What begins as an assignment becomes an encounter filled with intrigue and suspense.

He must decide between love and duty where the wrong choice could mean his life.

She is out of her element.

And her provided escort stirs foreign emotions in her heart.

Is Louise a Huguenot spy?

Can Antoine be trusted?

Will her secret get her into trouble?

And if the king’s commands go against God’s, what will Antoine choose?

Set against the opulent world of seventeenth century Versailles, you will love The Patriarch as it depicts a fictional account involving the first in the lineage of the famous frontiersman, Davy Crockett, because everyone loves a hero.

I so loved this book! I couldn't put it down.
DeNage

Versailles, France ~ 1668 “No!” Antoine’s brain screamed. He had worked so hard, come so far. There must be a misunderstanding. However, the look on Albert’s face told the truth. Antoine had a baby-minding assignment. How else could he think of it?

“The king’s cousin, albeit a distant one, needs to be chaperoned around the chateau during the fête and after when we return to Saint Germaine. His Majesty is sure you are the one for the job.” Albert crossed his arms over his chest, not bothering to hide his grin. He enjoyed this far too much.

Probably some old maid cousin with sour breath and a face like a persimmon. Or perhaps, a dewy-eyed prepubescent who could not seem to decide whether to be twenty-one or three.

“What about Jean-Luc? He—” The glint in Albert’s eye stopped the words before Antoine could plead his case, but not before he caught the faintest hint of a . . . what was it? A smirk? Possibly. Or maybe Albert was aware of something, something … funny? Something that could undoubtedly be held over him.

If only Antoine could believe he would survive all this, the boredom or even the humiliation of having to be a caretaker and away from the action usually afforded his position.

That was the worst part.

At the age of twenty-five, Antoine thrived on the excitement he usually found in his work. Devoted to his duty to country and king, he did not like to be away from his responsibility.

Or opportunities for adventure.

For his king, he would even walk through fire. But this?

“The request comes straight from His Majesty himself.” Albert poked his finger into Antoine’s chest for emphasis. “He specifically asked for you and would take it as a personal affront if you were to refuse him.” Antoine’s friend and mentor smiled. “Think, man, two weeks of escorting his cousin to special events does carry some privileges with it. Access to the best of the carriages and stable, dining on the best of foods, and who knows how His Royal Highness will remember you when this is over?”

“So, I will be stuck here and there, bowing to her every whim, while you and Jean-Luc and the others will probably have the best adventure of your lives and—Stop laughing at me!” Antoine ground his teeth. It took all his willpower not to punch Versailles’ illustrious captain of the guard in the nose.

Albert gained control of his face—everything, that is, but his eyes. They continued to twinkle with amusement. “Come, your king expects you right away. Do not keep him waiting.”

They traveled down the hallway, Antoine dragging his feet with every step. Had it been anything requiring nerve, he would have put on such a brave face that even demons would have backed down in fear, or so he would like to imagine. But mind the baby? Fi donc! He was a soldier, not a nursemaid.

A voice drifted from the next room. The speaker seemed to be displeased, but considering it was someone in conversation with the king, the voice also sounded very respectful and controlled.

“I appreciate your thoughtfulness in procuring an escort for me, your Majesty, but in truth, I do not need one. There are my books and my needlework. Or perhaps I can amuse myself with my sketchbook while Tante Marie goes about her business. I do not want to be a bother.”

The speaker turned her head. Tingles ran up Antoine’s spine. He soaked in the vision as if he had never seen a woman before. At that moment, he was not sure he ever had. Please, let her be the assignment.

His Majesty’s voice pierced through Antoine’s fog. “You do ride, do you not, my dear? I own the finest stable on the continent, and many of my horses have been brought from their home at St. Germaine for use during our stay. Surely you would not turn down an opportunity to ride while here?” The king caught Antoine’s gaze. Though not a word was passed, Antoine knew he had been caught in His Majesty’s web of matchmaking.

Rather than being annoyed, Antoine was more concerned for the lady’s answer, which seemed an eternity in coming.

“I do enjoy horses.” Her fingers picked at the folds of her gown.

“Let me assure you, my dear, that it is no bother at all.” The king winked at Antoine.

“Merci beaucoup, your Majesty. You are most gracious.” The lady curtseyed, a picture of grace and elegance.

“Good, then.” His Majesty clapped his hands once, his eyes twinkling and his smirk modest. “I should now like to present your escort, Monsieur Antoine Desaure Permonette de Crocketagné. Antoine, this is my beautiful cousin, Louise de Saix. She was named for me, you know.”

Antoine bowed over her hand and kissed it, daring to look up at her sweet face as he did.

A true beauty. Her light brown hair was pulled up on her head, with soft curls on each side framing her face. Dark, thick lashes rimmed her pale blue-green eyes.

Those eyes immediately captured Antoine’s attention. He liked to pride himself on his ability to read volumes in others’ eyes. The lady’s, though exquisite, were unreadable. She had a mystery about her. The challenge drew him. “The pleasure is mine, mademoiselle.” Antoine knew he spoke the truth.

“I would have you know, ma petite, Antoine is one of the finest horsemen in the land. In fact, the first time I saw him, he was riding so magnificently, I demanded to know who he was and immediately offered him a position. He quickly proved his worth and is now second-in-command of our palace guard, currently stationed here at Versailles.”

Heat crept up Antoine’s neck at His Majesty’s praise.

Louise glanced at him. Her eyebrows rose before she glanced away again.

“My dear, I am sure your bags have already been taken to your chamber.” The king rubbed his hands together, seeming anxious to proceed to the next part of his agenda. “I will have one of the servants show you the way so you may rest from your trip before dinner. Antoine will meet you later to escort you to the dining hall. However, I now need to speak with him. You as well, Albert.”

His Majesty motioned for Antoine and Albert to walk with him. Antoine followed, looking over his shoulder at the captivating but diminishing sight.

The halls of Versailles teemed with people, either those who lived there, visited, or unobtrusively worked on the never-ending project. Everyone went about their business of making the chateau an oasis of luxury and peace.

Louis had loved the place from the first moment he stepped foot on the premises. “Did you know Versailles was originally built by my father? Now soon, this chateau will host a palace.”

He glanced at Antoine and Albert, who followed a respectful distance behind, and led the way through another hall. At a door, he waited for Albert to open it. “I do love this place. In fact, when Monsieur Colbert wrote suggesting the Petite Chateau be razed and rebuilt in a fashion more in harmony with the newer structure, I adamantly opposed. I approved the restorations needed but warned him that if repairs are botched, the new structure will have to be rebuilt identically to the original.” He smiled. “Good, we are here.” Louis sat, and the men stood facing him.

“Do you not agree?” His Majesty’s eyebrows rose, his head tipped to the side while his gaze narrowed.

Realizing he had missed a question, Antoine looked to Albert for help.

The king smiled. “I said, our guest is beautiful, is she not?”

Heat raced up Antoine’s neck, rising to warm his face.

His Majesty joined in the laughter. “I am pleased, Antoine, that you find my little cousin such an appealing sight. I hope, in fact, you will enjoy your time with her and become very close.”

He would enjoy it more if he did not find himself pinking up like a schoolgirl every five minutes.

The king sobered, vertical lines appearing above the bridge of his nose. “She has been traveling with another cousin of mine who, shall we say, keeps me informed about many things. I find it uncanny how one little old lady can uncover things my well paid spies cannot.” He snorted a chuckle and shook his head. “This cousin has been concerned of late about Louise who has always been a quiet, reserved young woman, even quite pious. However, Marie has not been able to draw her out.” With a sigh, His Majesty leaned back into his throne. “They have been traveling together for some months now, and although polite, Marie feels Louise is hiding something. The sole clue has to do with a half-finished letter to someone named Matthew Maury. I’ve learned there is a Matthew Maury who, along with the Fontaine family, operates a salt and wine business in the south.”

The king stood and clasped his hands behind his back. “I believe he makes his home near Alsais, although he travels a great deal. That could be how Louise knows the man. If he is who we believe him to be, this Maury person is one of those Protestant Reformers. His business could be a clever way of passing information to and from different Huguenot cities.” He spun to face Antoine. “I am fearful for our sweet Louise. This possible traitor could be influencing her in a most unhealthy way.” The king paused, placing a jewel-encrusted hand on Antoine’s shoulder. “I hope you will be able to put my fears to rest, my friend.”

Though Antoine’s ears had taken in each word, he could not believe anything less than angelic of Mademoiselle de Saix. Her graceful form, her lovely countenance, her innocent demeanor bloomed in his mind.

Ah, but her eyes. Oh, they held a mystery, all right. Was it as dark as espionage? He hoped not. It would be a shame to see that pretty neck stretched.

However, Antoine had pledged his allegiance to his king. “I will do my best, Your Majesty.”

Totally enjoyed this read. Would recommend to anyone.
Kim Romero 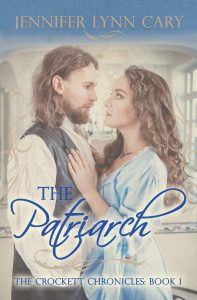 The Patriarch: The Crockett Chronicles: Book 1 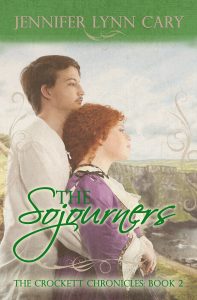 The Sojourners: The Crockett Chronicles: Book 2 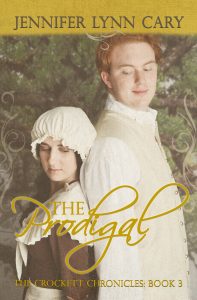 The Prodigal: The Crockett Chronicles: Book 3 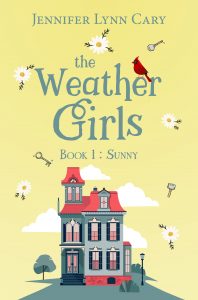 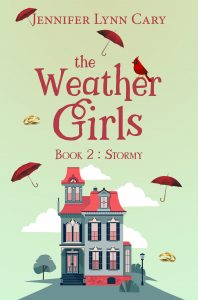 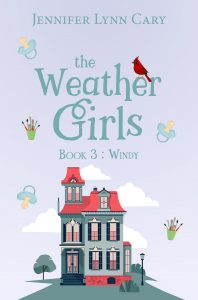 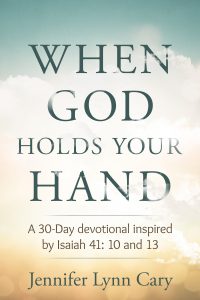 When God Holds Your Hand

Got It
Learn more